“He taught me everything: how to dress, how to walk, how to apply makeup and wear my hair, how to behave… Over the years he became my father, husband, and very nearly God.” (15)

-Priscilla Presley, Elvis and Me, 15.

It was not the music that first drew me to Elvis Presley, but the aesthetic: the pompadour, the wife in excessively dark, mod eyeliner, the bejeweled jumpsuits, and the jungle room at Graceland. Everything about it spoke to an extravagance born of newly acquired wealth, to a pageantry of glamour and overindulgence. The aesthetic was intoxicating. I soon became particularly interested in Priscilla Presley, her hair, eyeliner, clothing; all of it working in perfect orchestration with the overall image and mythos of Elvis. But that, I learned, was the point. It was all an orchestration, built by and to serve Elvis.

Drawn to the excess and wanting to learn more, I looked to the source material, to the story as told by Priscilla. In Elvis and Me Priscilla Presley tells the story of meeting and falling in love with Elvis Presley as well as the process of finding herself, the point at which holding onto that love was no longer tenable. They met when she was a teenager, a cringeworthy revelation that isn’t so much a revelation of fact but a revelation of emotional repercussion. In other words, it is the story from the point of view of the woman. From the earliest stages of their relationship, Elvis exercised control over her clothing and her behavior while she gushes over him like the teenage girl she is. It is an eerie evocation especially for any reader who was once a teenage girl, so visceral is the recognition that it gets under your skin and settles there for the duration of the book. Priscilla, showing herself to be a self-aware woman and not one to shy away from realities, makes statements such as, “I was Elvis’s doll, his own living doll, to fashion as he pleased” (134). The simplicity of the realization is a punch to the stomach. It is the girl so eager to please and the man who is molding her into his idea of a perfect woman. It is horrifying. As the years go on, Priscilla realizes the connection and nuance that is missing from her relationship. She realizes the extent to which the contours of their relationship are dictated solely by Elvis. She exists, for him, only as an extension of himself. As she searches for interests outside of her marriage, she realizes how her relationship stood in for a sense of self, one that consists solely of and is not at all separate from Elvis. And here we face the poignancy of loss, the loss of a love that feels just as gutting even in its inevitability. It is here that we see Priscilla contend with the complexities of identity, of self, of toxic relationships. Priscilla does not write about Elvis with the air of veneration that I expected. She is incredibly clear-eyed about the effect that Elvis had on her life, the overarching control he exercised and the devotion that he required of all within his orbit. She is able to hold two things to be true at the same time: that she was and is in love with Elvis, that he had moments of kindness and generosity, and that he was a tyrant who was obsessive in his need to control those around him. She does not exonerate him, but she does not hate him either. She is able to explore the damage that he did to others, as well as the damage that was done to him, seeming to cite the complexity of the situation, of the people, and to caution us from rendering whole lives and personalities in reductive terms. She promotes this gray area, seeming to say that it is here where all of us reside. The book is a testament to the realization that a person holds both good and bad and that although the bad can outweigh the good, it doesn’t alter or delegitimize the feeling that you once had for them. It is a surprising book that forces you to contend with all of these complexities and all of your reactions to them.

I read Elvis and Me because I wanted to hear what a life that lavish was like, a life so divorced from any kind of known reality, a life so fêted that its particulars have lost definition in the ensuing decades, a life as described by someone who lived it. I wanted to hear stories of grandiose absurdity, like this one, where Priscilla describes a standard evening at Graceland. “Our evening appearance downstairs usually resembled a grand entrance. Even when our only intention was to have dinner, we always dressed for the occasion. Elvis might wear a three-piece suit with a brocade vest and a Stetson hat. Under his coat he always carried a gun. He’d given me a small pearl-handled derringer and I carried in it my bra or tucked it into a holster around my waist. We were a modern-day Bonnie and Clyde” (138-139). What I ended up with was a complicated document where the love a person felt for another didn’t obfuscate the realities of  manipulation, isolation, and control run rampant. Priscilla was able to explore these issues and all their cringeworthy manifestations with an honesty that evokes such deep sympathy. To explore the love she feels and the horrors she experienced simultaneously. It is in those complications, in that honesty, that you really learn who someone is, who Priscilla is, and who Elvis was, and it is that space that is so affecting. Priscilla positions us within these uncomfortable spaces and forces us to confront them. It was personal, it was vulnerable, and it was deeply relatable.

When Graceland, the Presley home, was opened to the public in 1982 it had been redecorated. Gone were the garish reds and gaudy golds of the late 70s that had prompted people to comment that it looked like a brothel. Priscilla had returned to Graceland and restored it to the home that she remembered (Marling, 103). Although, to a degree, the restoration was an attempt to lend the house an air of respectability, I can’t help but feel that, on some level, Priscilla had returned to the past and recreated the site where, for better or worse, she had felt an overwhelming and enduring love. 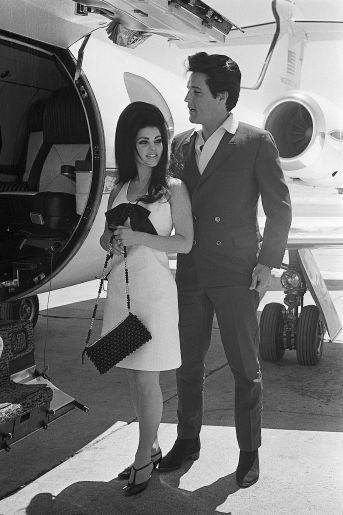 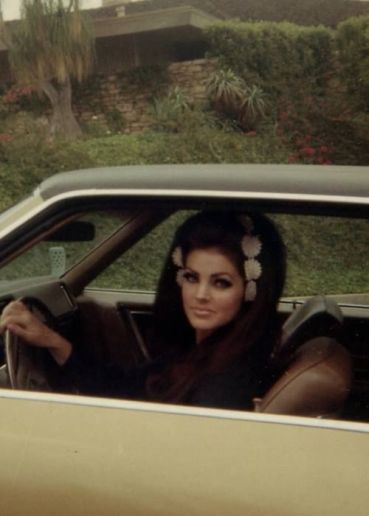 One thought on “The Trouble with Elvis”