“As I grew up in the 50s and early 60s and so forth, there was always the lead girl, who was pretty and smart and pert and so forth, and beautiful figure and perfectly dressed. And then there was the side-kick, the best friend. And she was…usually a little more overweight, maybe underweight, not as conventionally pretty. It was her personality that was interesting. Often she was funny…I guess I wanted to make that person the protagonist. The one who doesn’t get married right away, the person who’s not living the dream life, the person who is having to create a life for themselves. I wanted to see somebody like me in a movie.”

Claudia Weill’s Girlfriends (1978) is a story of the disintegration of a friendship and a search for identity. Its power is in its demand that we center female friendship as the stuff of devastation and profound beauty, a fragile thing just as or more important than romantic attachment. Susan Weinblatt, played by Melanie Mayron, is overcome when her friend and roommate, Anne, unexpectedly announces that she is to be married. Susan and Anne appear to be kindred spirits. They are both aspiring artists; Susan is a photographer and Anne is a poet. Susan’s aspirations, her life and career appear to be at a standstill. The thing that she relies on for a sense of stability is her friendship with Anne. When Anne leaves, it is catastrophic.

The beauty of Girlfriends is in the details, in the signs of care and of loneliness, in the feeling of devastation that follows when someone is finally gone. It’s not theatrical, it’s not dramatic, it’s just silent and empty. The film’s beauty is in its acceptance and display of how hard it is to exist in that loneliness, while at the same time acknowledging the impossibility of living anywhere else. It shows how, even when you think relationships are over, growth can still be fostered between two people. It is the most beautiful evocation of friendship and self-realization that I have ever seen and it is precisely because there is no bombast to it. It is relatable. It is simple and it is kind. It feels the way a monumental loss feels; the world continues and you are just left with your grief. You are left to find your own way out. The film follows Susan as she struggles to find an identity outside of her friendship. She is in a state of almost suspended animation when Anne leaves. The film is able to deftly weave in the complexities of friendship, those mutual feelings of support and jealousy, and the way the two can mingle when you feel abandoned. Weill creates a poignant picture of the intricacies of friendship, how it can be a source of joy and support, but also a site of envy and resentment. She shows how integral it can be to a person’s identity, to their sense of being and belonging, of how much can be at stake when two women commit to each other. Women’s relationships with one another, the film appears to state, are among the most important relationships a person can have. Susan, our protagonist, finds her way, finds herself, and even, by the end of the film, has had her own photography exhibition. It is then that she is able to reconcile with Anne. It is then that their relationship is able to grow.

Girlfriends was originally to be a short film, but when Weill saw the characters, she realized that more time was needed to explore their story. It was done on the most limited of budgets, funded by loans and grants. That is, I believe, why Weill was able to do what she did. She was able to explore the female psyche, female relationships, and to center and find power in the mundane, in the simple. She was able to delve into the previously overlooked, to give it prominence. Weill’s ability to convey the complexity of human relationships is in these details. We realize, for example, that Susan has indeed moved on and into her own life when she begins to decorate the apartment that she and Anne had briefly lived in together. Her inability to decorate, we come to realize, was tied to her conception of the space as both her and Anne’s. Its emptiness stands as a testament to some of the last moments they spent together. But now it is just evidence of her inability to move on and forge a new identity. When Susan is able to heal, she is able to personalize her space and to make it her own, as she finally has done with her life. It is in these pristinely thought out and subtle details that Weill excels and it is for this reason that the film and Susan seem so incredibly relatable and authentic. 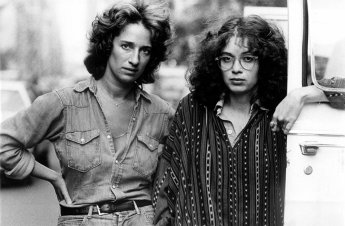 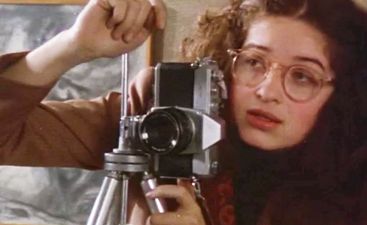 Left: Claudia Weill pictured with Melanie Mayron. Right: Mayron in a scene from the film.